Home Tips & Facts When Is the Right Time to Give Your Baby Regular Food? 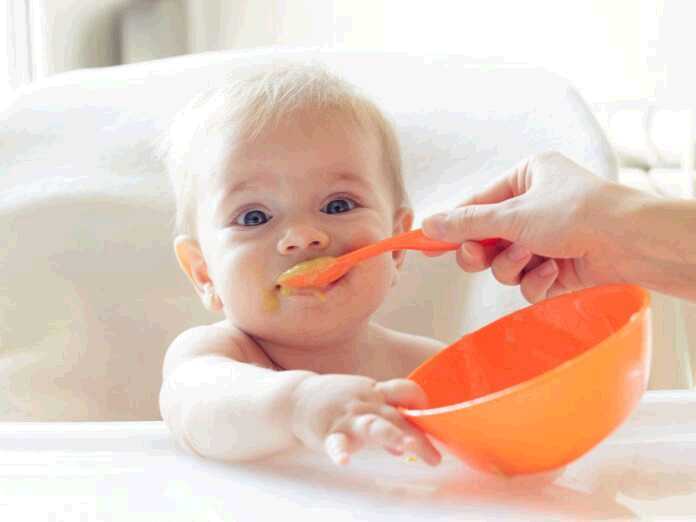 A recent study found that more than 50% of parents in the US do it too early. But can introducing food to your baby too early have a negative effect on their health? And how long should you wait before you start switching them to regular food?

The Risk of Introducing Food to Your Baby Too Early

The authors of the study warn that starting your baby on solids too early may have a lasting impact on their health. Namely, it could prevent them from getting some nutrients they can only get from breast milk and formula. It is very important that they get these nutrients, as they help them develop a strong immune system.

But according to the authors, the same goes if you start them on solids too late. That could result in micronutrient deficiencies, as well as allergies. What’s more, it might make them more likely to adopt poor dietary habits later in life.

When Should You Start Introducing Food to Your Baby?

The guidelines on when to start babies on solids have varied over the last five decades. The recommendation went from three months after birth in the 1950s to six months in the 1990s. It is thus no surprise that most new parents don’t know the exact answer to this question.

As a rule, your baby should be drinking breast milk and formula for at least the first six months of their life. Then you can slowly start introducing solids to their diet. At the same time, you need to watch out for any symptoms of food allergies they may have.

By the time your baby turns 12 months, they should already have a well-established eating plan. This means three meals and three snacks a day, including fruits and veggies, rice and pasta, as well as protein.

To help parents know when to start introducing solids, the 2020-2025 Dietary Guidelines for Americans will include this info. Until then, you can safely follow these rules. If you have any questions, seek professional advice from your baby’s doctor.